by The Pretty Greens 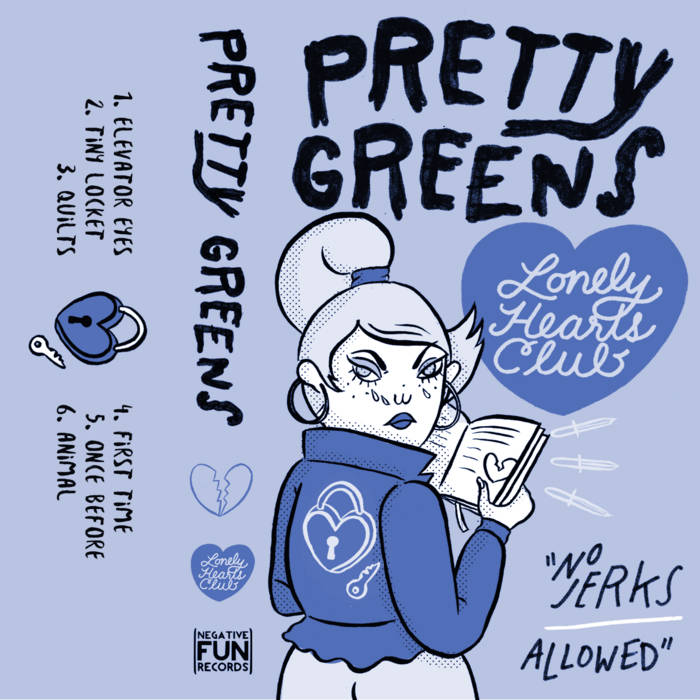 The Pretty Greens channel an unapologetic call to social justice and equality reform enlisting inspiration from the likes of Brill Building pop (The Cookies, The Ronettes, The Shangri-La’s), wild and dreamy garage, dark surf, and punk rock. With appreciative nods to the fast and loose clamorous punk-pop of Bratmobile and the garage rock of Nikki and the Corvettes, the band also mixes in the off-kilter and raucous attitude of groups like The Raincoats, and The Slits.

On Valentine’s Day in 2014, the band released their debut single, “Jealous Waves,” on February Records, and at the end of the year, a single for their song “Ghosts.” "The Pretty Greens are writing music that's visceral and tough to characterize, incorporating bits of surf, garage, Brill Building pop, punk, new wave, and more into a warm blend of sounds that's perhaps more evocative of the real complexities of life." - Kate Bracaglia (The Key for WXPN, Philadelphia)

In the late winter of 2014, the group tapped like-minded artist Tuesday Bassen (Lucky Peach, She Shreds, Playboy) for assistance in creating the artwork for a brand new cassette EP they were recording for a mid-springtime 2015 release on Raleigh, NC’s Negative Fun Records (Ghostt Blonde, Positive No, Daddy Issues). The band’s melodic harmonies and surf-garage inspired guitar solos are often contrasted between yelling and a call and response style of writing that defines the band’s diverse sound. The new EP, “Lonely Hearts Club” (Tuesday, April 21st, 2015) showcases their newest material at its growling and grittiest-best.

Negative Fun Records used to just make seven-inch singles, then we sold out and made LP's, then we got greedy and started making cassettes, now we've completely forgotten our roots and make compact discs.

Bandcamp Daily  your guide to the world of Bandcamp